HTT wishes you a safe and happy Halloween. To help you with this, please don't miss yesterday's post! 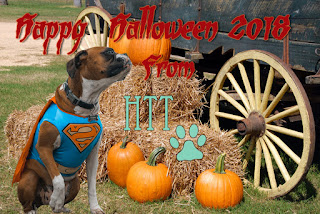 Halloween ghosts and goblins may put you in a festive mood as children ring the doorbell to trick-or-treat. Unfortunately, those little people in strange outfits may be scary and stressful to your pets.

Be sure to think of your pets as well as the kids when planning for Halloween. Consider a costume carefully if you plan to dress your pet. Remember, Halloween treats are for beggars not for pets. Some candies can be very harmful to your pet. There are pets that prefer to be away from the trick-or-treat excitement.

Learn more Halloween Safety Tips (http://www.holistictouchtherapy.com/articles/halloween-safety-tips-for-pets.html) to ensure both children and pets have fun and regard Halloween as a treat. 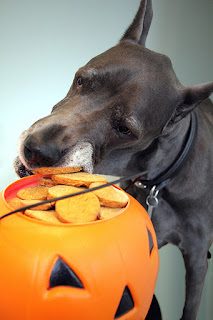 Whacky camel laws – not so whacky

Several states have provisions concerning camels. It is illegal to hunt them in Arizona. In Idaho you can be arrested if you fish while sitting on a camel, and driving your camel on the highway is prohibited in Nevada.

Camels were actually present in the southwest for some time. In 1855, under the direction of then-Secretary of War Jefferson Davis, Congress appropriated $30,000 for "the purchase and importation of camels and dromedaries to be employed for military purposes." He thought the animals could haul supplies between remote military outposts so 75 camels were imported. Several stationed in Camp Verde, in central Texas, were used for supply trips to San Antonio. In 1857, Edward Beale led a five month 1,200 mile expedition of more than two dozen camels to California.

After Texas seceded from the Union, Confederate forces seized Camp Verde and turned the camels loose. These and other camels released from other facilities roamed the southwest and parts north for many years. Sightings of camels were reported until the early 20th century.

The camel laws on the books of some states probably made a lot of sense to politicians at the time. 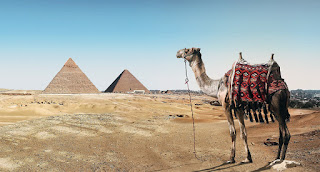 Dogs read to avoid the pound

Dogcatchers in Denver are required to notify stray dogs to be on the lookout. A written notice must be posted on a tree in the city park for three days before a homeless pup can be nabbed and taken to the pound. Dogs no doubt read the signs and find another place to hang out. Another whacky law. Who wrote this one??? 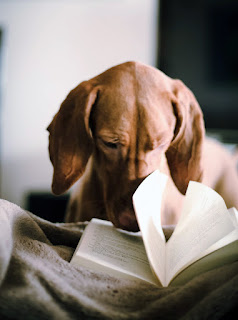 Why dogs jump to greet you

Learn other greeting methods to teach your dog at: http://www.holistictouchtherapy.com/articles/why-dogs-jump-to-greet-you.html 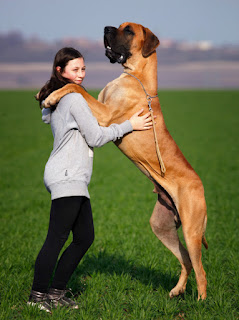 Does your dog pace, pant, or get agitated and then, much later a storm arrives? Science supports the fact that dogs can predict changes in the weather. Their keen senses of hearing, smell, and more may allow them to forecast oncoming storms long before we can. They may be more accurate than the weather man. 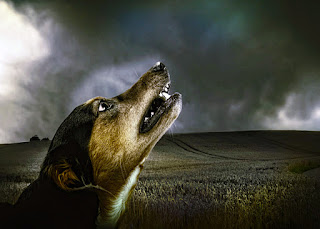 Humans have approximately 9,000 taste buds while dogs have about 1,700. Taste buds that sense sour, bitter, sweet, or salty foods are common to dogs and people. The tastes are the same, but the appreciation for each is different in humans and dogs.

The next time you wrinkle your nose in disgust at something your dog puts in his mouth, remember he is not tasting it as you would. He has far fewer taste buds. His sense of taste simply is not as discriminating as yours.

Learn more about how dogs taste at http://www.holistictouchtherapy.com/nuvet-blog-articles/doggie-taste-buds.html 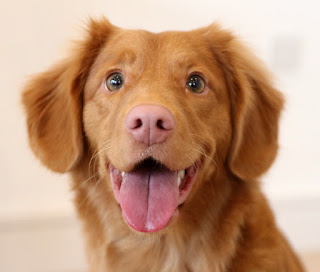 Does your horse sleep in the bathtub?

Another whacky law still on the books: In Budd Creek, Maryland it is against the law to let your horse sleep in the bathtub unless accompanied by his rider. I can't begin to imagine what prompted this law! 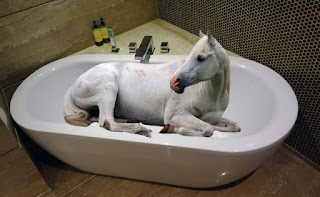 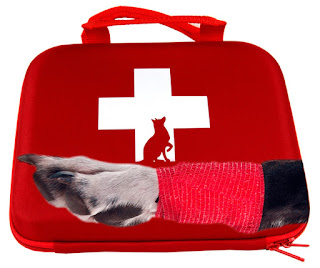 It's time to take a look at another whacky animal law that is still on the books. They always make me grin and lighten my day. Hope you find them amusing too.

I find it especially difficult to imagine what situation caused the city council of Riverton, Wyoming to come up with the following law. How many women there do you suppose really rode horses in bathing suits? It can get very cold in Wyoming. Well, here is the law.

In Riverton, Wyoming, a woman cannot ride a horse in a bathing suit unless she carries a club, is accompanied by two officers or weighs less than 90 pounds or more than 200 pounds. 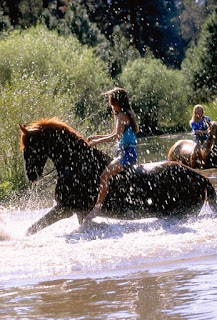 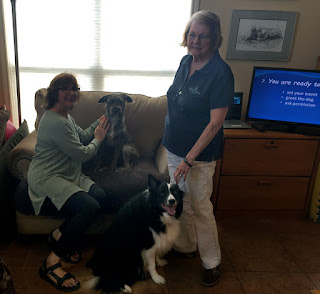 According to the Association for Pet Obesity Prevention in 2017, 56% of dogs and 60% of cats were obese. That means an estimated 50.2 million dogs and 56.5 million cats are above a healthy weight. Carrying excess weight reduces the quality of life of a pet and reduces his lifespan by 2 or more years.

Loving pet owners need to seriously consider their pet's diet and the frequency and type of exercise. It is important to check with your veterinarian to determine the appropriate weight of your pet and to receive a recommended diet and exercise program. 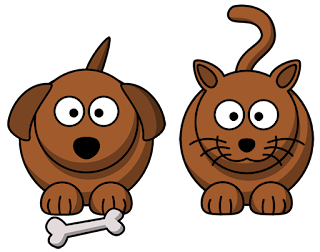 Email ThisBlogThis!Share to TwitterShare to FacebookShare to Pinterest
Labels: Safety

In the US 1 in 5 dogs has arthritis. Massage can increase the comfort level of these dogs. Flash relaxes as Christine practices massage moves she learned in class. 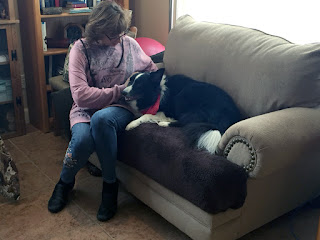 Living with a dog brings unconditional love, snuggles, and joy into one's life. Service dogs give that and so much more. Their training and responsibility qualifies them to enter grocery stores, shops, restaurants, planes, basically any establishment visited by their partner. Dogs can be taught to provide many types of service.

Dogs are incredibly intelligent. Service dogs enhance the quality of life and independence of their loving partners who needs their assistance. 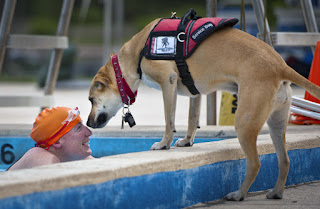 Is there a Tiger in Your Tabby?

Recent archaeological evidence suggests the introduction of farming may have nudged humans and cats to form cooperative relationships as much as 9,000 years ago.

Researchers speculate cats congregated near farms to feast on the abundant rodents attracted to stored grain and farmers tolerated the feline exterminators. The human-feline bond was definitely in place 4,000 years ago as evidenced by Egyptian pyramid wall art depicting cats cavorting with humans.

Whether cats began the road to domestication 4,000 years ago or earlier, their genomes have changed little since they split from wild felines. The sound of kibble plunking in a bowl or the aroma of tuna being released by a can opener may quickly get your cat's attention, but like his wild cousins, he can still stalk a mouse or bird to get an unscheduled meal. 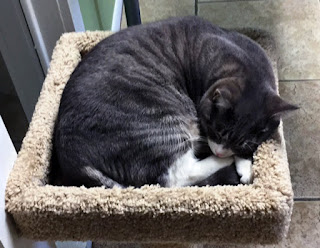 Touch your Dog with Love

Run your fingertips over a surface, and your sense of touch tells you if it is smooth, bumpy, velvety, prickly, hot, or cold. Touch can be gentle or painful.

Dogs have a sense of touch very similar to ours, and most love to be cuddled and stroked. When your dog flops next to you and snuggles, it is because he likes touching you and feeling the comfort that you are right there.

Read more about how dogs sense touch at http://www.holistictouchtherapy.com/articles/touch-your-dog-with-love.html 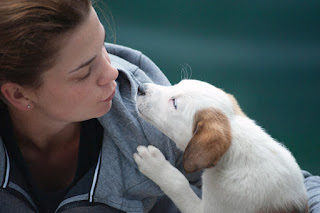 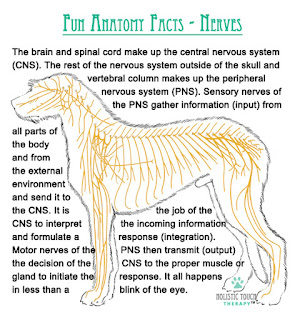 Is your pet right-pawed or left-pawed?

On average, 9 out of 10 people favor their right hand for tasks like writing and throwing. The majority of the rest prefer their left hand.

Animals, including dogs and cats, also favor one paw over the other, but south-paws occur in much higher numbers.

You can test your own pet to determine if he is a righty or a lefty.

To learn more read Is your pet right-pawed or left-pawed? here: http://www.holistictouchtherapy.com/articles/is-your-pet-right-pawed-or-left-pawed.html 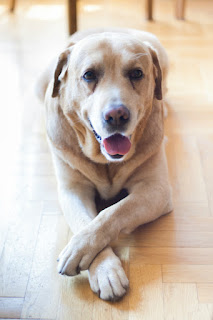 She is pregnant. He had just saved her from a fire in her house, rescuing her by carrying her out of the house into her front yard while he continued to fight the fire. When he finally finished putting out the fire, he sat down to catch his breath and rest.

A photographer from the Charlotte, North Carolina newspaper noticed her in the distance looking at the fireman. He saw her walking toward the fireman and wondered what she was going to do.

As he raised his camera, she came up to the tired man who had saved her life and the lives of her babies. She kissed him just as the photographer snapped his photograph. 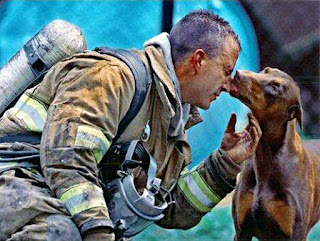 And people say animals are dumb!